Samsung Gear Fit vs Apple Watch 2 - a review and comparison

By ryv's blog August 29, 2017
Recently I was given an Apple Watch 2 - it's very nice and I've replaced my Samsung Gear Fit with it. After wearing the Watch for a week, there have been a few tangible differences between the two I thought it might be worth noting. If you're unfamiliar with the devices they look like this: 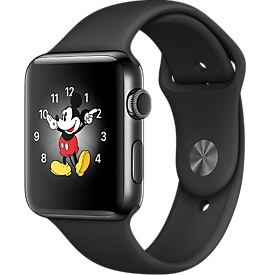 These images are the same as the devices that I have. The physical differences are obvious - the Apple Watch is significantly bigger, with the more square face. Both have OLED displays which make for bright, colourful GUIs. Both are touch screen and both share a variety of internal sensors like heart rate and accelerometer. The Gear Fit is lighter, narrower and for what I've used it for - holds a longer charge than the Apple Watch. The Apple Watch has many more sensors - including GPS/GLONASS and WiFi, checks your heart rate with great frequency daily and keeps telling me to "Breathe"! (this gets a bit annoying after a while)

Here are a few of the summary differences I've found in the last week (and please bear in mind I wore the Gear Fit for 2 years before replacing it).


As a bit of an update to this review - it's been an extra week of using the Apple Watch and I'm still unimpressed by the sleep thing. I have set aside some time to look into this in greater depth because I feel it's so lacking. Keep an eye here for some more info. The alarm feature on the Apple Watch has been pretty good. The vibration on the wrist isn't startling to wake up to, and it doesn't disturb my wife (which she is happy about).

In summary both of them are really quite good devices. They lock you into their respective ecosystems (Samsung vs Apple) and this is to be expected, potentially not loved though. For purpose, I think the Gear Fit was better for tracking sleep, better battery life and a robust device. The Apple Watch's aesthetics are lovely, it has a tonne of functionality and I've barely scratched the surface of it. I'll go into it more as I play with this thing a bit. It's easy to see where the extra value in the Apple Watch is.

By ryv's blog January 03, 2019
After an annoying turn of events where my Windows 10 Enterprise USB drive failed, attempts to install Win10 onto a computer failed miserably. I turned to the net and managed to get my hands on Microsoft's Windows 10 Enterprise Evaluation. I have an enterprise key so I thought - cool! Here's the opportunity to get it going and to then upgrade the license later. Full install, patched etc and all is swell. Except when I try to upgrade. I straight up tried changing the licence key only to get a variety of errors, most of which are pertaining to the activation system being unavailable. The I try this: https://winaero.com/blog/upgrade-windows-10-evaluation-to-full-version-easily/ but it doesn't work either. Next I'll try this: h ttp://www.edugeek.net/forums/windows-10/174594-upgrading-windows-10-enterprise-90-evaluation-full.html And if all else fails, in goes the bootable USB I've now created. If only I'd had this in the first instance I would not be writing t
Post a Comment
Read more