It's been ages since I used a desktop Linux distribution - being up to my ears in the horror of implementing ISO 27001 doesn't leave you much time to play around with computers - too busy writing policies, auditing and generally trying to improve security to a formally acceptable and risk managed level. I need a quick, small OS though to do the occasional network scan, view the contents of a dodgy file on and for general, low impact activities. I remembered reviewing elementary OS ( elementary.io) some time ago ( see https://www.ryv.id.au/2015/01/elementary-os-review.html ) from 2015 so I thought it was worth a revisit.

I downloaded the ISO from their website, forgoing to donation for the moment while I review it. If it turns out I'm going to keep using it, I'll send them some love. The ISO is 1.38GB in size and I booted it in a VMware Player instance. From go to whoa (I won't include the install photos here) it took about 10 minutes with a dual vCPU and 4GB of RAM instance on my HP ProBook. It's really a lovely looking distribution, and within a few minutes of being logged in, it asked to install updates and identified the virtual OS package to be installed as well. After this, the screen re-size worked nicely and the thing picked up some speed as the virtualisation became more optimised. So what does it look like? 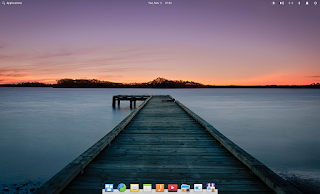 A nice clean desktop experience to begin with. Status bar up the top, menu down the bottom. The icons and images are rendered beautifully and the whole thing has a polished finished to the graphics. It reminds me of the Apple's attention to detail. 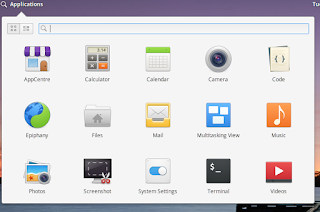 The Application menu expanded out. Not much in there yet, just the basics so far. 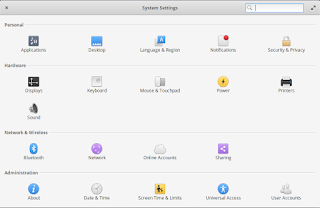 System settings are neatly laid out and everything is easy to find. 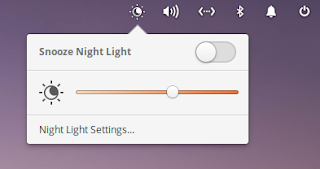 This is a nice touch - I'm very used to have fl.ux running on my machines and having a built in night light is great. Note the icons - neat and elegant. 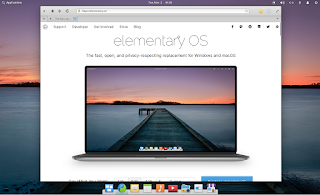 Finally, the browser on the desktop. elementary OS uses grouped apps - curated and non-curated. Curated apps have: "Each has been reviewed and curated by elementary to ensure a native, privacy-respecting, and secure experience."
I have yet to ascertain the veracity of these claims, however, so stay tuned while I play with this thing a bit more. That being said, the AppCentre looks really good: 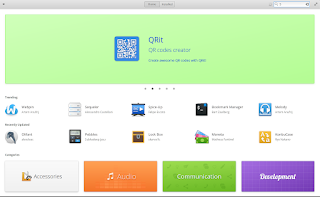 Pretty! When you install non-curated apps it throws up some warnings thusly: 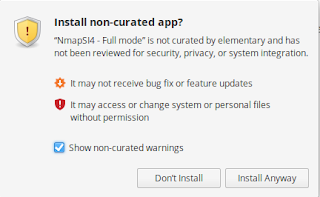 Good to know these things going forward. There is quite a breadth of curated applications so generally I'll stick with them.

There are dollar amounts next to some of the apps in the AppCentre - some of them are pay-what-you-want which is a great concept. I like to try stuff out before I invest and this works for me. Once I like a product I tend to spend on it - particularly to help people continue development.

From a performance perspective I'm pretty happy so far. Everything goes quickly, apps launch in a timely manner and it puts very little strain on the system. The Chrome tab I'm typing this in now is using more RAM and CPU than the Elementary OS virtual machine is, and I have the AppCentre, web browser and applications tabs all open while I take screenshots and mess about. It's billed as a system to re-invigorate old hardware (something I enjoy doing) and it's clear that the demand on resources has been managed well. Unlike Windows 10 for example.

The final word is this: download it and try it out. You've got nothing to lose and it really is a lovely looking OS that is quick and fully functional. I take my hat off to the team there and look forward to their future work.